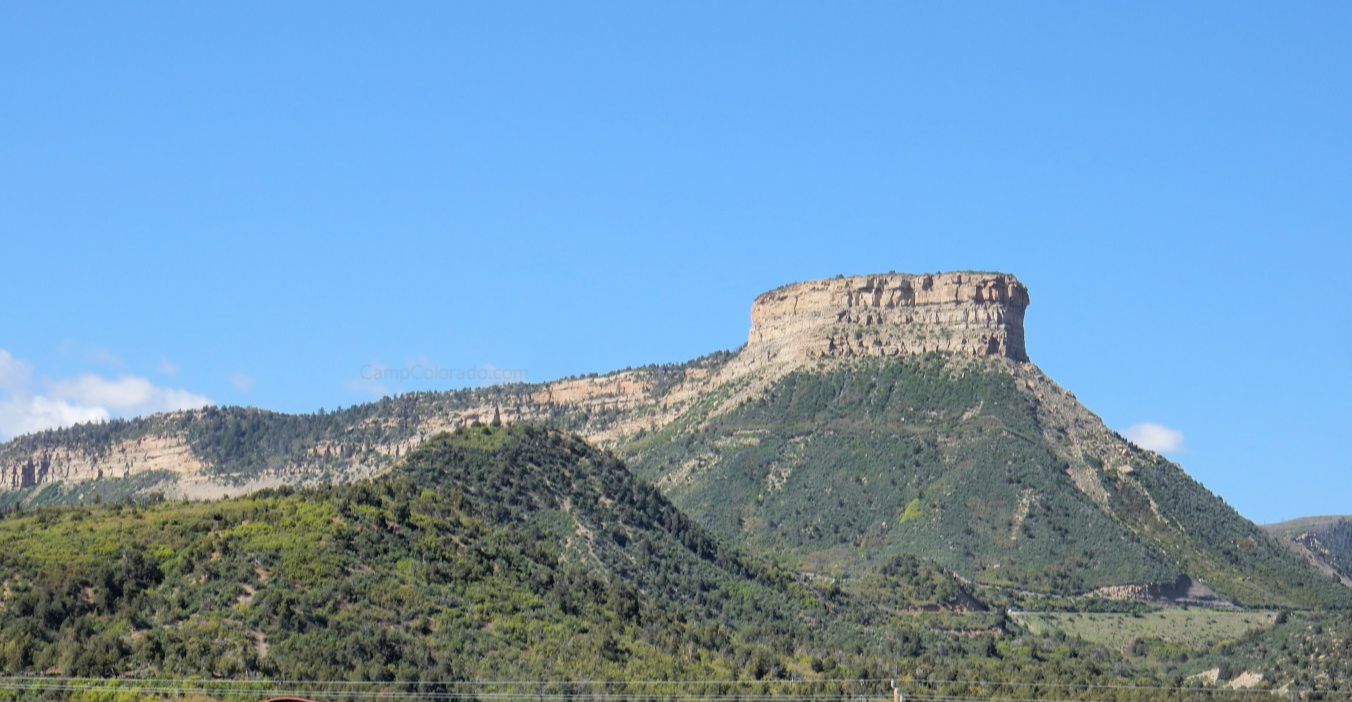 In an earlier blog post, we introduced the eight regions of Colorado. This time we’ll visit the area known as Mountains & Mesas region (shown in darker green in the southwest portion on the map). 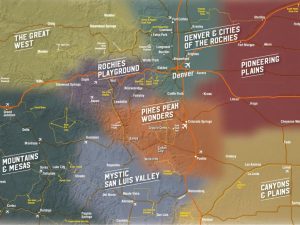 The region borders Utah, Arizona and New Mexico, which meet at the historic Four Corners. It blends into four other regions in Colorado: The Great West to the north, clockwise to the Rockies Playground,  and on into Pikes Peak Wonders and into the Mystic San Luis  Valley.

Your travels in the Mountains & Mesas region will take your eyes from around 4,500′ above sea level to elevations of approximately 14,000′ above sea level. The high desert plateau in the utmost southwestern spot in our state (at Four Corners) is at 5,000′, and the highest elevation is at the peaks of some of the majestic Rocky Mountains.

You’ll travel up and down and around, often meandering through canyons which began being carved by forces of nature some 55 million years ago. This land has evidence of prehistoric history!

Communities are of mixed sizes. The Fruita / Grand Junction areas serve over 76,000 residents. Montrose and Durango are each home to approximately 19,000 people. Olathe and Pagosa Springs each have about 2,000 fine folks, while Silverton has only about 700 residents.

The Mountains & Mesas Region overflows with scenery for everyone, especially photographers! Hikers have countless opportunities. Bird lovers could spend a lifetime here and never tire of it. Those who appreciate wildlife will likely find a variety of oohs and aahs. History buffs will be enthralled with the mining, old west, railroad and even some outlaws.

You might hear the phrase Western Slope. Coloradans use this term freely when referring to the portion of the state that’s west of the Continental Divide. 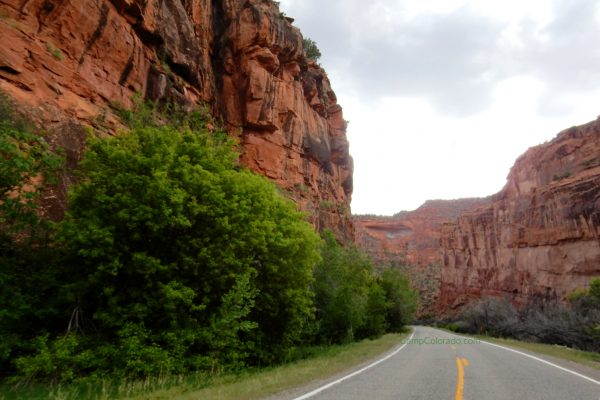 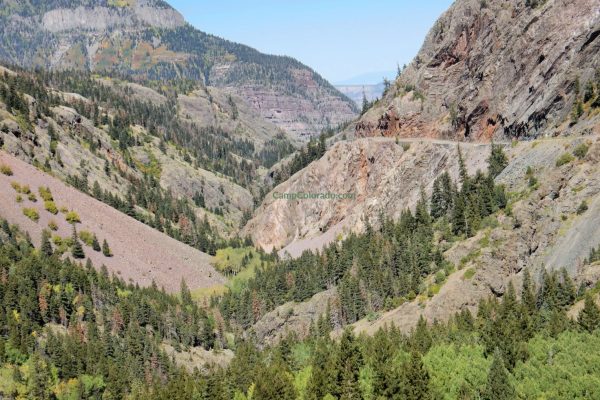 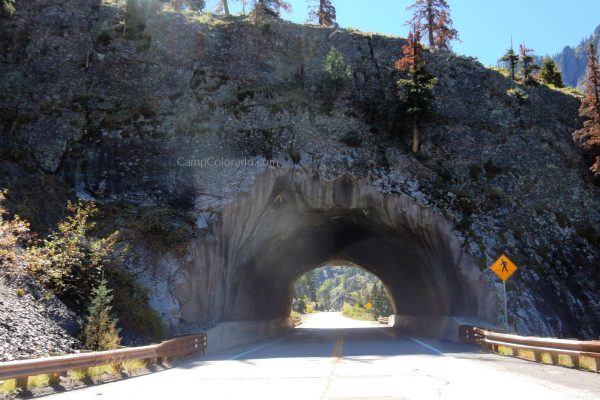 The region is home to the highly acclaimed Million Dollar Highway, a stunning stretch of mountain passes that leads you between Silverton and Ouray. This 25 mile stretch of US-550 is a two-lane drive with some sections having a speed limit of 25 mph. Your drive will take you through the San Juan Mountains, a segment of the Rocky Mountains. 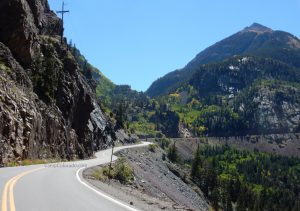 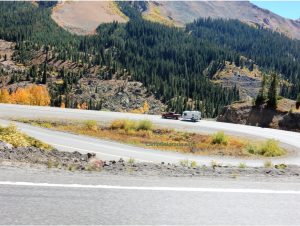 Like the Million Dollar Highway, we’re giving the Grand Mesa its own mention. This mesa is the largest flat-topped mountain in the world. Covering about 500 square miles, it runs for about 40 miles east of Grand Junction between the Colorado River and the Gunnison River. The rise up is nearly vertical, starting at approximately 4,500′ above sea level and rising to about 11,000′. It’s impossible to miss it as you travel on I-70, and you’ll likely take an exit (or several) just to marvel at it. 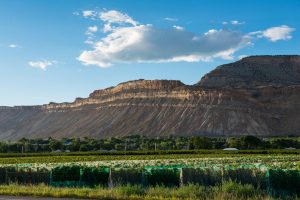 Grand Mesa in the Mountains and Mesas Region of Colorado

The area isn’t all barren hard volcanic basalt! As Wikipedia states, “The route over the mesa provides a dramatic contrast in landscape, climate and vegetation. On the north side, the road climbs the steep terrain near the Powderhorn Resort ski area. The forested top of the mesa remains snowbound much later in the spring than the surrounding valleys, and is a popular location for cross-country skiing and snowmobiling.” 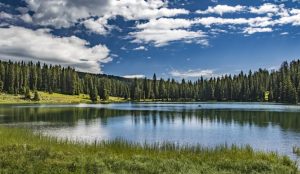 Here you can read about options for hikers, cyclists, and drivers. Prepare your eyes for everything from rock to the lush setting surrounding alpine lakes! 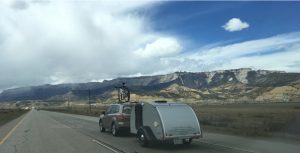 Grand Mesa in the background

The region includes at least portions of these scenic byways:

* All-American Road: This designation means a road possesses multiple intrinsic qualities of national significance and have unique features. It must be considered a destination unto itself . In other words, traveling the byway is worthy of being the primary reason for their trip.

[NOTE: Please read our Words of Wisdom section down below because it’s best to be prepared!] 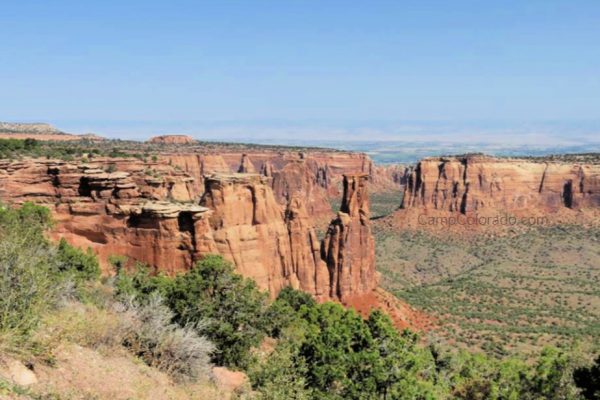 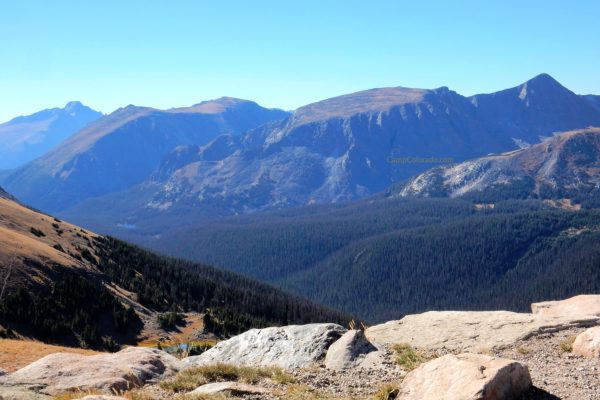 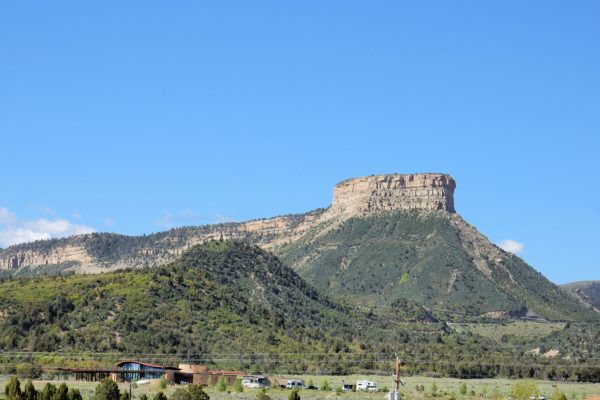 
Outdoors enthusiasts won’t be bored! You can find nearly every variety of sports, and the region is bustling in all four seasons. We can’t list them all but perhaps this will whet your appetite: salmon and trout fishing, boating, kayaking, hiking, biking, whitewater rafting, water skiing, paddle boarding, golfing, horseback riding, rock climbing, skiing, snowboarding, snowmobiling, powder-cat riding, heli-skiing, gun and archery shooting ranges, cross-country skiing, ice skating, off-roading … we’re out of breath but not out of sports!

Technically, attractions listed under Nature and History could appear on both lists, but we chose to not duplicate. If we could make any single recommendation to you, it would be try to see them all! 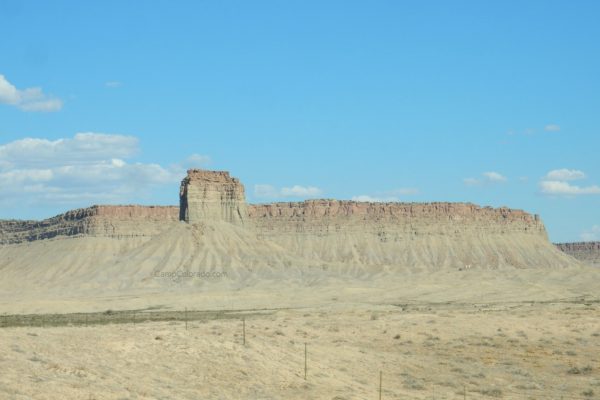 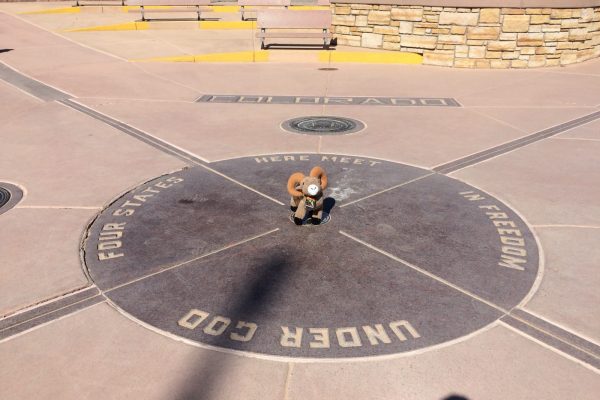 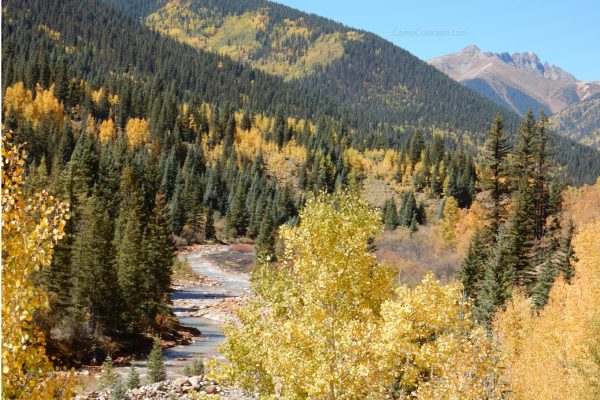 These resources will provide much more insight:

When it comes to fishing, perhaps your catch will include salmon, cutthroat, brook, brown, or rainbow trout. (Be sure to have your fishing license!) Consider the Animas River, Colorado River, Dolores River, Gunnison River, Uncompahgre River, or the reservoirs such as Vallecito Reservoir, Blue Mesa Reservoir (the largest Colorado body of water), and McPhee Reservoir. This list is merely a sampling! Click here for one option for fishing reports, and click here for another. 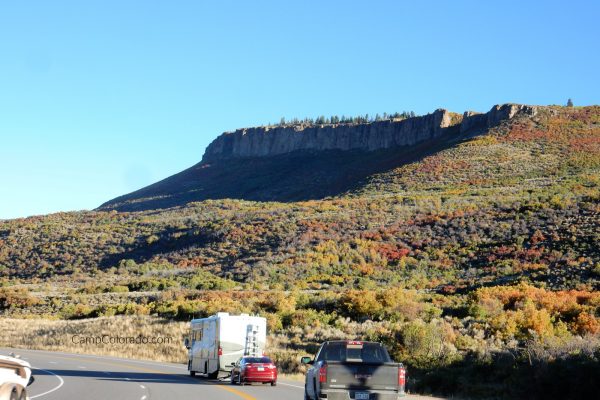 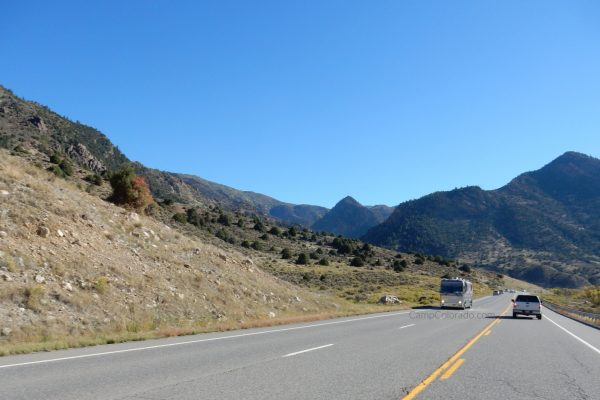 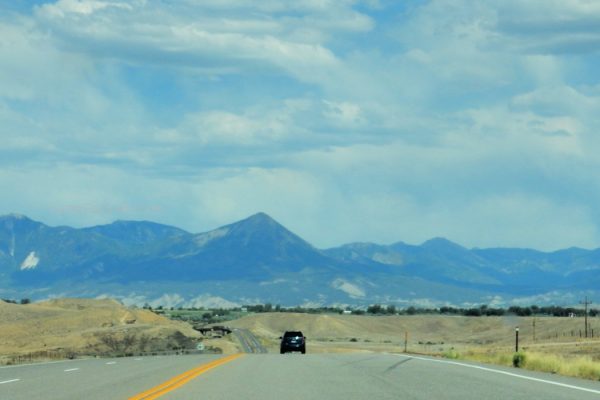 It might come as a surprise to visitors but it’s no surprise to Coloradans: Colorado has a wine and fruit region that tops the charts! Actually, Wine Enthusiast magazine named the Grand Valley as one of its Top 10 wine travel getaways in 2018 (and we’re biased just enough to feel that’s true every single year!).

Visit Grand Junction says, “Visitors may enjoy the local wineries all year round.” The very popular Colorado Mountain Winefest is held in September. Find out more about the wineries by clicking here and  more wineries are listing here.

Visit Grand Junction also says, “Palisade also is home to some of the best peaches in the world. The local bounty is celebrated during the city’s annual Peach Festival, in mid-August, with more than 100 vendors, a peach-eating competition, an ice cream social and more.”

As for our opinion? Well, we do our best to eat as many Palisade peaches as possible! (That’s actually an understatement!)

There’s one more trail to mention, and it fits well with this section: Fruitgrowers Trail

Grand Junction’s Suplizio Field is home of the Grand Junction Rockies, the Colorado Rockies affiliate in the Rookie Advanced Pioneer League. Come and enjoy a game!

We’d be remiss if we didn’t toot the horn for the Telluride’s festivals! As Telluride.com says, “From music to mushrooms, there is something that will appeal to everyone in the Telluride summer festival lineup. Some of the most popular festivals include the world-renowned Telluride Bluegrass Festival, Jazz Festival, Wine Festival, Yoga Festival, Telluride Blues & Brews, and the Oscar predicting Telluride Film Festival.”

So, where should you camp in colorful Colorado? It depends on the month of your trip and your camping preferences from what amenities you desire to your means of lodging (tent, RV, cabin, yurt, lodge, tepee, covered wagon, glamping safari tent, or any other means of enjoying the outdoors). Since there are many other factors to consider, we created our CampColorado to help you find a campground that suits your desires. The search page offers a range of options, and many listings provide in-depth descriptions.

The Colorado Tourism Office provides additional travel ideas in the regions in this post. 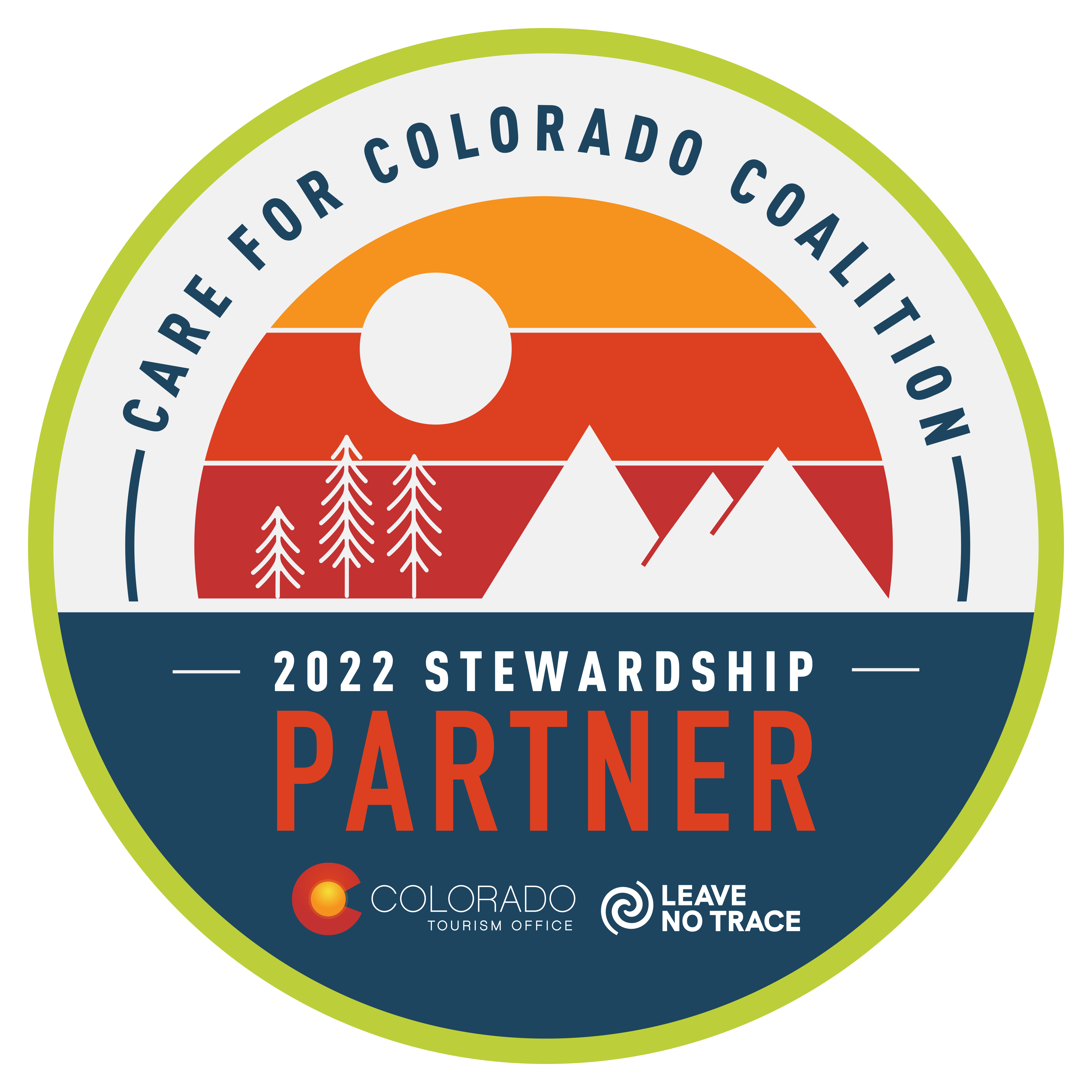